I haven't posted in several weeks because I've been rather busy, but also because my internet time has been entirely consumed by my morbid fascination with the current conference realignment process. At the time of writing Nebraska is officially in the Big Ten and Colorado officially in the Pac Numeral. Texas A&M is busily flirting with the SEC and imagining a future as a football school of national import in its own right. Texas is apparently considering every single option to figure which one means the most money with the least accountability and easiest schedule.

Anything could happen. But this blog is not about the present or future of college football. All we know about the relation of the current situation to the game's past at this moment is that Nebraska's century-long relationship with the Six Dwarves, the old Big Eight's perennial whipping boys, is over. 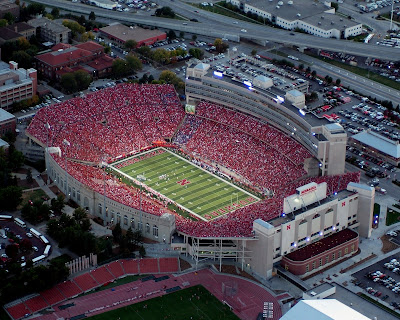 I wrote recently about the travesty of downgrading the OU-Nebraska rivalry when the Big XII was formed back in 1995. A few months ago that decision [taken largely with a total lack of courage and foresight by now-discredited people at OU such as then head coach Gary Gibbs] was just a big shame. Now it looks like it might prove an error so costly that it sowed the seeds of the Big XII's demise even at the very moment of its inception. For decades OU and Nebraska played every Thanksgiving Friday in the national spotlight before an audience of millions of spell-bound football fans who couldn't believe the hard-hitting, ground eating rushing attacks these Great Plains powers perennially produced. The winner of that game almost always won the conference. Fairly often they would win a national title, too. At very least they would likely earn a trip to Miami at New Year. The OU-Nebraska game mattered. A lot.
It mattered so much that without it people in Lincoln began to feel alienated in and by their own conference. As Matt Hinton has recently been reminding people, the Big Eight absorbed half the Southwest Conference -- not viceversa. Texas and Co. were the refugees from a discredited, crumbling wreck of a league. The Big Eight was a nationally relevant conference with a strong brand that at the time rested on the edifice of Big Red's unstoppable Triple-Option. In the fifteen years since that time the OU-Nebraska game, stripped of its prime time billing on Thanksgiving weekend, has become secondary in national import to the Red River Shootout. OU-Texas is now the League's annual feature presentation. Nebraska has no great rival and as a consequence has suffered a loss of relevance. The contrived NU-Colorado rivalry has, to say the least, lacked even a fraction of the mystique that saturated the great Oklahoma-Nebraska games of yore. 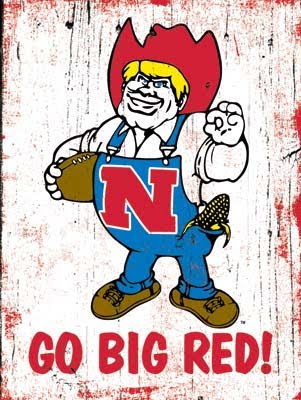 The silver lining of Nebraska's move to the Big Ten will hopefully be the restoration of the OU series to an annual event, preferably on Thanksgiving. OU played Texas every year out of conference for more than a century before the formation of the Big XII. It would be no different now to add NU to the non-conference slate. This move would be a big gain for college football in general and Nebraskans in particular.
Far less likely to survive the shake-up in any form are Big Red's six lesser 'rivalries' with the soup and potatoes of their old Big Eight menu, the Six Dwarfs.
NU first met Kansas and Missouri on the gridiron in 1892, only the third year of Big Red football. Iowa State joined the slate in 1896. Colorado followed in 1898. Nebraska first joined a conference when the Missouri Valley was formed in 1907. For the first two-decades of its existence the conference grew steadily into a large and unwieldy group that never played a round-robin slate in football. Kansas State first played NU in 1911 and joined the MVC two years later. Oklahoma A&M joined the league in 1925 but never played Nebraska in the three seasons before the league split in 1928. The bigger state schools split from their smaller bedfellows to form a more cohesive football conference in 1928. The new Big Six then became the Big Seven with the addition of Colorado in 1947, then the Big Eight with Oklahoma State in 1958.
Since their first meetings Nebraska has only not played Kansas in 1904 and 1905. Iowa State only fails to appear on the schedule in the years 1902-04, 1920 and 1925. Kansas State is missing in only 1917-19 and 1920-21. Mizzou disappears from 1903 to 1910 and again from 1913-17 and 1920-22 but appears every year thereafter. The Colorado series skipped 1906 and 1908-11 before a long break between 1920 and 1948. Oklahoma State never played Nebraska at all until 1960, but the two then met every year until 1995 and every second year since. 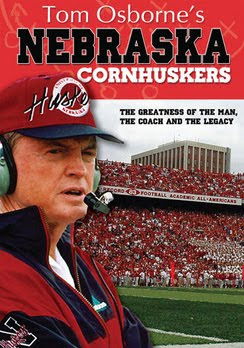 Those six series, especially against KU, constitute some of the longest standing rivalries in college football. They are also some of the most lopsided. Versus Kansas Big Red is a whopping 90-23-3. Mizzou has fared little better at 64-36-3. Kansas State's 77-15-2 constitutes the second-worst effort percentage-wise, while Iowa State owns the longest winless streaks. En route to the ugly end of an 85-17-2 head-to-head record the Cyclones have failed to beat Nebraska for over a decade in five separate stretches and beat them only once between 1978 and 2001. Against Colorado Big Red is 48-18-2, and against Oklahoma State an overwhelming 36-5-1.
For a century Nebraska football literally ran roughshod over these opponents, riding them to forty-six bowl invitations, forty-seven conference championships, and five national titles. When Nebraska played other big boys out of conference the Huskers rarely disappointed and won more often than not. Nebraska also owns a very respectable 38-44-3 record against Oklahoma -- the Big Eight's other juggernaut. There is no doubt that Nebraska football is no mirage created by inflated records racked up against weaklings and only weaklings. Whether under Dana X. Bible, in Bob Devaney's Power-I, or Tom Osborne's Triple Option, Nebraska has never feared clashing heads with fellow heavy weights. But as is the case with all great collegiate programs, the foundation upon which those great championship bouts versus fellow giants rests is a consistently solid conference record against a host of obliging lesser-lights.
Without the Six Dwarfs the Big Eight's big two would unquestionably have amounted to a less perennial brand of large. Those rivalries were rarely interesting, almost never commanded a national TV audience, and will be mourned by no one outside of Big Eight country. But make no mistake; while moving to the Big Ten will likely be a good decision for Nebraska, the step will forever change the face of Big Red football.
So long, friends. And thanks for all the wins.
Posted by Sam Negus at 11:16 AM